Is this Pro-Life Voter Guide helpful? 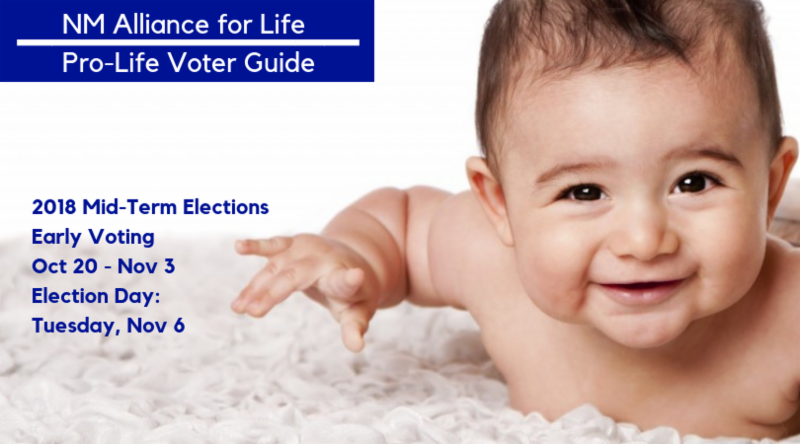 The Information You Need

Help us build a culture of life in New Mexico. New Mexico Alliance for Life has compiled an exclusive Voter Guide that gives you information on where candidates stand. We've done the work, so you don't have to.  Your support for pro-life candidates does make a difference. In 2016, three New Mexico legislative races were decided by less than 100 hundred votes, one candidate won by just ten votes!

Why This Election Is Important:

Download Voter Guide
Below you will find a list of the important dates you need to know about the 2018 General ElectionQuestions?
Call the Secretary of State’s office toll-free at 1-800-252-VOTE (8683) or visit www.NMVote.org.